If you’ve never owned a dog before, being a new pet parent might as well bring some new challenges for you. If you have a puppy there is no question that you won’t be concerned about his wellbeing and health as if he’s your own child.

Sometimes rapid breathing, when observed in puppies becomes a matter of concern for the pet owner as they may think this is due to some fluctuation in the health of their dog or any other matter which they are not sure how to take care of. 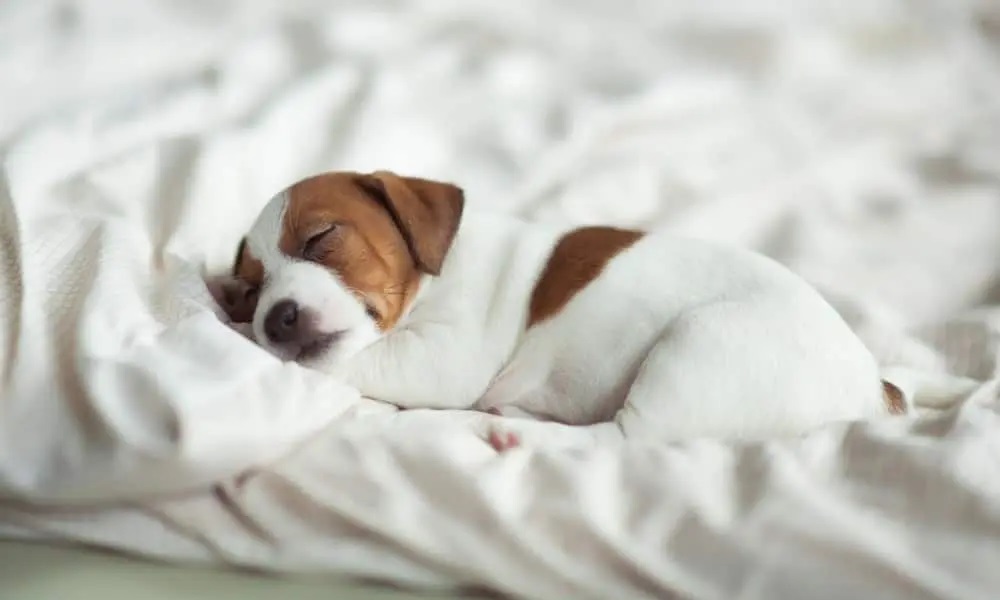 While rapid breathing in puppies is observed quite often by the pet owners which some vets associate with them being at the peak of their juvenile life however in most of the cases there actually is a proper explanation to why your pup is breathing in a manner that is not normal.

It is important for you to understand that there are quite a few medical conditions or some diseases that could actually cause an increase in the breathing rate of your dog. In order to make sure that your puppy gets the required medical treatment then and there before it’s too late, you should be able to observe any irregular behavioral patterns that your dog is showing and consult a vet as soon as possible.

What Does it Mean by Fast Breathing for Puppies?

In order to find out your dog’s breathing rate, first you need to figure out what their normal breathing rate is, which could be done by noting down how many breathes they are taking in one minute depending upon their physical activities and general health conditions.

To find out the unique breathing rate of a puppy, there are a few steps that you need to follow. For a more precise result, you should carry the experiment on your puppy when he is relaxed. In case of an anxious puppy, you’ll have to wait till he falls asleep.

Once your puppy is fast asleep, start a timer and closely watch your dog’s chest, In this manner you will be able to count the number of times the chest of your puppy retracts and expands, indicating the number of breaths he is taking in one minute.

In order to make sure that there were no errors in the carried-out test and you performed it accurately, you should repeat it a couple of times. With all the test results in front of you, you would be able to find the average which would give you a better idea of how the lungs of your puppy are working.

It is necessary that you should pay close attention to your dog’s behavioral patterns in order to spot if something is unusual or other than normal, such as their breathing rate. there are certain signs and symptoms which if your dog is showcasing more than normal, indicate that he is having respiratory distress which should be treated immediately otherwise it could even turn fatal.

Following are some symptoms that would help you identify that the increased breathing rate of your dog is indicating a serious health problem:

If your puppy has been subjected to the hot scorching rays of the sun for a longer period of time, he would start panting which is a normal response and not to be worried about. Panting helps in regulating the body temperature in animals. In humans, the regulation of body temperature is done by the process of sweating.

Animals can’t sweat due to their furry coats, so panting helps them in order to cool down. Panting helps in circulating the cool air from outside to enter the dog’s body through his mouth and nose. The saliva present on the dog’s tongue also gets evaporated when the hot air exits the body from the mouth, this cools the temperature of the dog’s tongue. The phenomenon of panting is natural and how fast a dog is panting is directly proportional to the amount of heat trapped inside it’s body.

During Anxiety and Stress

Arriving at their new homes causes some sort of anxiety and stress in young puppies which often affects their breathing rate and results in an excessive amount of panting. Most of them get confused and frightened by the new environment. It takes some time for them to get used to being around new people, in a new place. It is normal for a puppy to get an increased breathing rate in this case, especially for the first few weeks after his arrival. Other new experiences, such as going on a car ride for the first time could also make your puppy breathe faster.

Compared to adult dogs, puppies sleep for a longer period of time. It is quite usual for them to breathe fast in their sleep. The high breathing rate during sleep is mainly a response to the kind of dream your dog is having. Horrifying or pleasant dreams, both can be the reason of your puppy’s fast breathing during his sleep, but the breathing rate turns back to normal as soon as he wakes up.

The above-mentioned causes of fast breathing in dogs are considered normal and you don’t have to worry or call the vet if you’re observing any of them. However, there are some medical reasons for increased breathing rate as well which should be taken seriously and reported to the vet as soon as possible. Some of them are:

A dog suffering from tachypnea would have longer periods of panting as compared to the normal ones even though he is at rest. If you observe these panting spells becoming regular with time, you should consult your vet immediately.

Panting in some dogs is observed along with their difficulty to breathe with is called labored breathing. This condition is termed as dyspnea. A dog suffering from this disease would try to position his body in such a way that he could take more amount of air which he is already unable to and by making this effort, your puppy would seem quite exhausted.

For animals, panting is a natural phenomenon and it occurs naturally to cool down the body’s temperature, but if you see that your dog is trying hard to pant then it’s time you pay a visit to the vet. Dyspnea could also be caused by some conditions like worms, asthma, infections, pulmonary edema etcetera.

Dogs that are Brachycephalic

Brachycephalic dogs are those who could have their normal panting turned into a health problem. This condition is widely spread among the breeds having short snouts such as pugs, Boston terries and others.

These breeds of dogs are particularly observed having the most breathing problems due to their soft palate are of increased length and have the possibility to make breathing difficult by obstructing the airways and making the space of nostrils small, inhibiting the air to pass easily through them. If you have a puppy belonging to this breed then you must make sure that he is not panting excessively in order to avoid this problem.

How to Cure Fast Breathing?

If the reason behind your dog’s increased breathing rate is health related, then consulting your vet would be beneficial in this case as he would prescribe you some medicines which would definitely help in controlling or eradicating the problem.

However, if the accelerated breathing of your dog is not the result of some medical condition, then there are some remedies that you can try out in order to manage the situation:

If the reason behind your dog’s increased breathing rate is the excessive amount of heat then you should move him to a cooler environment and reduce the exposure of heat. This won’t make the panting stop immediately but the body temperature of your dog would be cooled down and eventually the panting would stop.

If the body temperature of the dog is not cooled down it could also lead to heatstroke, which even results in death in some cases. Never leave your puppy out in the sun for too long or leave him locked in a car that’s already hot.

When it comes to dealing with the anxiety and stress of the dog, most of the pet parents find themselves in a situation of helplessness. The things that you can do from your end are increasing the bonding and trust between you and your pet, provide them the assurance that they can trust you completely and you are there to protect them.

Providing treats are also a way to strengthen the bond, whether you are paying a visit to the vet or going on a car ride for the first time, you can treat your dog to assure him that this new experience will bring him no harm. With the passage of time, your dog will start associating these events with treats, praise, and rewards and hence would no longer be afraid of them.

There is no possible remedy to control the breathing rate of your dog while he’s asleep. There’s no need to be afraid as well because when your dog will wake up, it’s breathing rate would become normal.

It is never a good idea to wake up your dog in the middle of his sleep as it can lead to your dog biting you because of the sudden shock and the overwhelming sensation due to a sudden snap back to reality. The dog won’t recognize you at the moment and would try to defend itself so it’s better not to disturb his sleep.

Your dog’s rapid breathing isn’t always something that you should get worried about, the increased breathing rate of your puppy with its mouth wide open and tongue sticking out, means that he is panting which is a way to bring his body temperature back to normal after either being exposed to excessive heat or being active for too long.

However, if you observe that your puppy is breathing heavier and faster than usual, with his mouth half-open, this might be indicating something serious that you should take notice of. In this case, you should ring a call to your vet or pay him a visit, whichever one is necessary.

Another thing that must be noted is that your puppy breathing fast in his sleep just means that he is having a rather interesting dream which you should not be worried about.

Is fast breathing risky for puppies?
If your puppy is having an increased breathing rate during his sleep, it is not something to be worried about. If you observe that your dog is having labored breathing and is constantly trying to pant, that means that he is suffering from some type of respiratory distress and in that case, you should consult a vet as soon as possible.